Eff Bezos, Amazon’s founder and former chief executive officer, has announced that he will renounce his role at the helm of Amazon from Q3 2021 onwards. Andy Jassy, the current chief of Amazon Web Services, and an Amazon employee for nearly 24 years now will follow him into the global technology giant’s future.

In the third quarter, Amazon.com made the surprise announcement that founder CEO Jeff Bezos will move to the role of executive chairman with Andy Jassy, chief of Amazon Web Services, to succeed him as chief executive.

The announcement comes as Amazon stands with a gross valuation of around $1.6 trillion as one of the most valuable companies globally, even as it is riddled with antitrust and anti-competitive practises lawsuits in its home turf USA as well as in other parts of the world. Bezos will move into the role of being the executive chairman of the board of directors of Amazon after stepping down as CEO.

Bezos remains confident in Jassy’s ability to take over the company’s reins in his address to Amazon’s 1.3 million employees worldwide. While Amazon’s times are not particularly turbulent, Jassy will be Amazon’s top executive accountable and accountable by US lawmakers. Some have already expressed their intention to converse with Jassy on pressing issues such as the numerous antitrust lawsuits today by Amazon and fellow big tech companies such as Apple, Facebook, and Google.

Who is Andy Jassy, the next Amazon CEO?

After graduating from Harvard Business School, Jassy entered Amazon and worked in the early 2000s as a technical assistant to Bezos, Reuters said. He is the CEO of AWS, which he established in 2006. AWS, which competes with Microsoft Azure and Google Cloud, is among the critical cloud computing names.

AWS posted its best quarter-over-quarter and year-over-year results last year since its inception under the leadership of Jassy. When 2020 ended, full-year revenue of $45.37 billion was posted. This is an improvement of 29.5 per cent from 2019.Jassy is an enthusiastic sports fan and part-owner of the current Seattle National Hockey League, the Kraken. In 1997, Jassy married Elana Rochelle Caplan. He’s the father of two girls.

Also, in the third quarter of this year, Bezos plans to become executive chairman. Andy Jassy, head of the Amazon Web Services (AWS) cloud division, will succeed Bezos as the next Amazon CEO, according to Amazon. Strangely, the news of the choice of Amazon CEO steps down as CEO comes after Amazon for the first time reported quarterly sales above $100 billion.

As per the company’s plan, in the third quarter of this year, starting on July 1, Bezos will transition to the new role of executive chair. Andy Jassy, the chief executive of Amazon Web Services, will take over as Amazon’s CEO.

Why did Jeff Step Down?

Andy Jassy, the head of Amazon’s cash-cow cloud computing division and someone who has been at Amazon for most of its lifetime, will hand over the CEO reins to Bezos. Jassy is one of the most trusted lieutenants of Bezos, and he was generally seen as his successor, provided that back in 2003 he was named the technical “shadow” of the CEO (where he had to accompany Bezos to all his meetings).

He is credited with writing the initial business plan for AWS and overseeing it since it was introduced in 2006. The elevation of Jassy also signals the importance of AWS within the array of divisions of Amazon.

Jassy, the new CEO of Amazon, who joined Amazon in 1997, was mostly responsible for creating the AWS cloud division now used by millions of customers today. While addressing the move, Bezos said it would give him “the time and energy I need to concentrate on the Day 1 Fund, the Bezos Earth Fund, Blue Origin, the Washington Post, and my other passions.”

Although the move does not necessarily mean any significant shift in the company of Amazon, it set off alarm bells on Wall Street and in the business community.

Myntra is all set to change its logo: Here is why 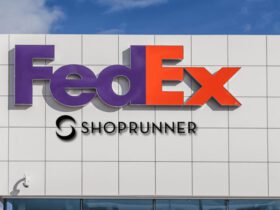 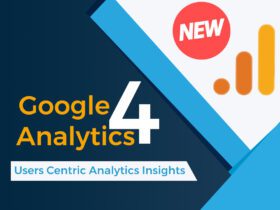